Does CBD work for depression?

Anxiety is one of the main reasons people say they use cannabidiol (CBD), so it makes sense that many people would consider it for anxiety’s common companion: depression.

According to the National Institute of Mental Health, 17.3 million US adults had one or more major depressive episodes in 2017, making it one of the most common mental illnesses in the country.

“Anecdotally, it’s very common to hear that depression is one of the reasons people use CBD,” says Martin A. Lee, co-founder and director of Project CBD and author of Smoke Signals: A Social History of Marijuana – Medicine, Recreation, and Science. “There is a significant gap in clinical information, but I don’t think it’s an exaggeration to say that CBD has antidepressant properties.”

There is a popular class of antidepressants known as serotonin reuptake inhibitors, or SSRIs, which include fluoxetine (Prozac), sertraline (Zoloft), and more. Serotonin is a neurotransmitter that helps regulate emotions, well-being, and happiness. It is believed that an imbalance in serotonin levels in the brain leads to depression.

The SSRIs help increase serotonin levels in the brain, but they come with several side effects, including insomnia, sexual dysfunction, and mood swings. (Here’s why your antidepressants might not be working.)

There is anecdotal evidence for the benefits of CBD for depression, but what do science and medical experts really think? For one, CBD is generally considered safe, but it sits in a legal and regulatory gray area. Plus, CBD comes with its own set of side effects, and these can include liver problems, fatigue, and diarrhea.

Here’s what you need to know about CBD and depression.

CBD is one of many cannabinoids, or chemical compounds, found in the cannabis plant. Unlike delta-9-tetrahydrocannabinol (THC), which is found in the same plant and in marijuana products, CBD does not get you high.

Most CBD in the United States comes from hemp, which contains little or no THC. The 2018 Farm Bill made growing hemp legal as long as it contained no more than 0.3 percent THC. (Learn more about the differences between CBD and THC.)

What scientists know about CBD and depression

Most of the research on CBD and depression is limited to animal studies and personal accounts. “There really wasn’t any significant human research,” says Dr. Bonni Goldstein, Medical Director and owner of Cannacenters and author of Cannabis is medicine: How medical cannabis and CBD heal everything from anxiety to chronic pain.

Laboratory animals given CBD as part of research studies behaved in ways that suggest CBD has antidepressant effects, according to a review of animal studies published in CNS and neurological diseases: drug targets.

Typically, however, this type of preliminary study is not proof that something works, but rather forms a basis for further human studies that experts hope will be carried out.

While there’s no proof yet, it makes sense that CBD could help depression. In a review published in CNS and neurological diseases: drug targetsscientists reported an association between depression and dysfunction in the endocannabinoid system in the hippocampal region of the brain (which plays a role in memory), explains Lee.

The endocannabinoid system is one of many ways that neurons communicate. There are naturally occurring or endogenous cannabinoids that play a role in this communication.

Some clinical studies have found low levels of endogenous cannabinoids in women with chronic depression, Lee adds. And the American Psychiatric Association (APA), which opposes the use of cannabis for medical treatment, notes in a 2019 study psychiatric services, that CBD interacts with the neurotransmitter serotonin, a deficiency of which has been linked to depression.

(Here are some vitamins for depression to boost your mood.) 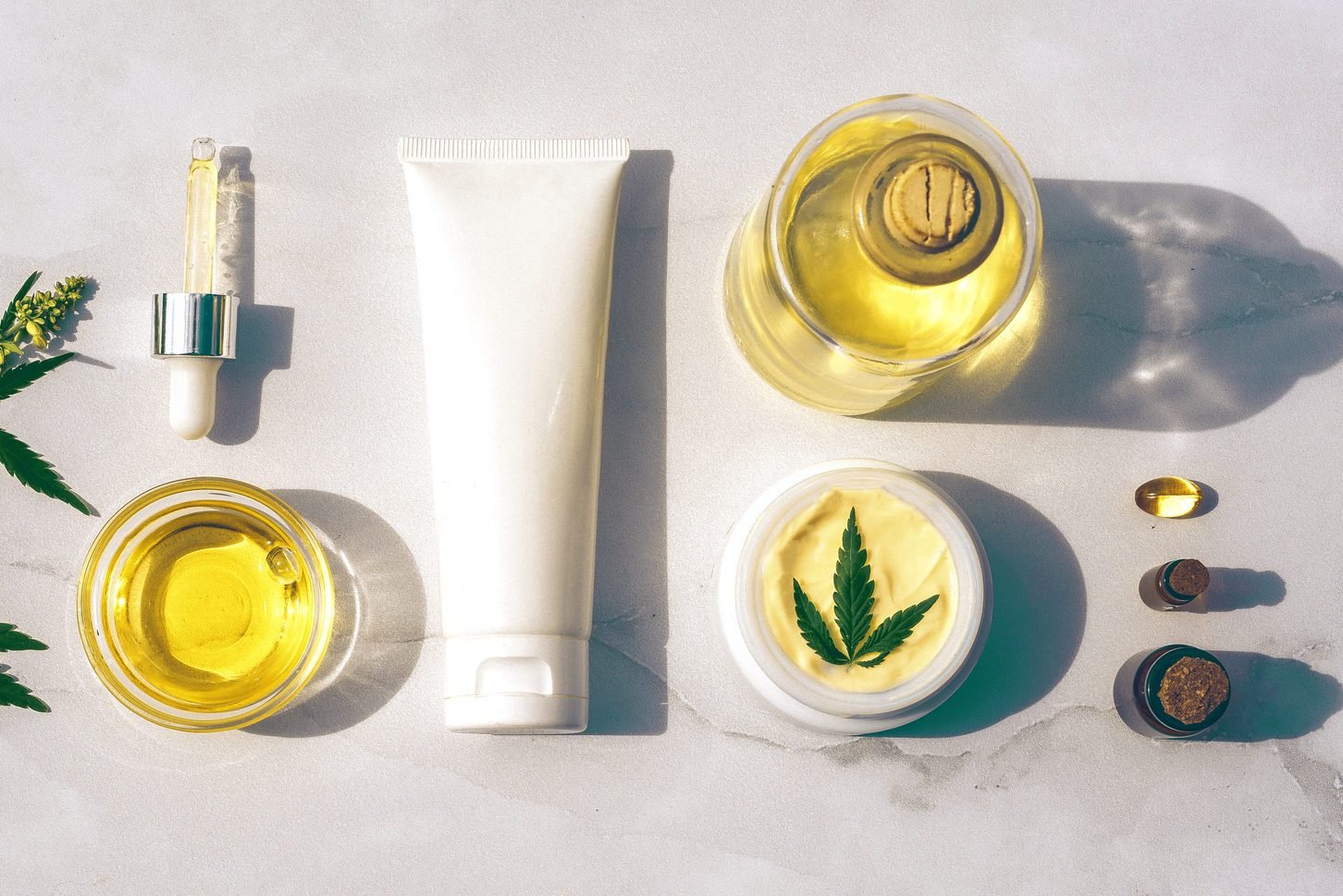 Although CBD is generally considered safe, it’s important to remember that commercially available products are not well regulated.

In a 2017 study published in JAMA, Researchers tested 84 CBD products and found that only 30 percent were correctly labeled.

Even if the label is correct, you need to be aware that CBD can react with certain other medications. Visit the National Library of Medicine for a full list of possible interactions.

Is it legal to buy CBD?

Epidiolex, a drug that treats two rare forms of childhood epilepsy, is the only drug containing CBD to be approved by the U.S. Food and Drug Administration (FDA). CBD products found online and on store shelves occupy a legal gray area. Where your CBD comes from – hemp or marijuana – makes a difference.

Thirty-six states plus the District of Columbia, Puerto Rico, Guam, and the US Virgin Islands have legalized medical marijuana (which contains CBD), according to the National Conference of State Legislatures. The US Drug Enforcement Administration still considers marijuana a Schedule I controlled substance. In other words, CBD derived from marijuana is still illegal to federal authorities.

CBD from hemp is regulated differently. With the 2018 Farm Bill, hemp products, including CBD, that contain no more than 0.03 percent THC are not considered controlled substances under federal law. (Some states restrict the purchase of hemp-based CBD products.)

(Here’s everything you need to know about CBD for seizures.)

While there’s some preliminary evidence that CBD may play a role in relieving depression, the best way to treat depression with CBD products is another question, Lee says.

One priority: If you’re already taking medication, don’t stop. “My general rule of thumb is to always leave your medication as is and add the CBD,” says Dr. gold stone “You should always talk to your doctor or pharmacist to make sure there are no drug interactions.”

So if you decide to try it, do so only in consultation with your doctor.

The APA opposes the use of cannabis as a treatment for post-traumatic stress disorder or as a drug other than the FDA-approved Epidiolex.

The association has not made a specific statement on CBD (which is just a component of cannabis), but has expressed concern that there are no dosing guidelines for CBD and that people may delay conventional treatment, which could make an existing condition worse.

There is an incredible range of CBD products out there. This includes CBD edibles (like chocolate), CBD capsules, CBD oils and tinctures, skin creams, tea, and even sunscreen. Each has its own pros and cons in terms of how long it takes to work and how long the effects last.

Some people enjoy using CBD vape oil, but be aware that this practice can come with risks such as:

Full Spectrum CBD: This contains all the components of the hemp plant (Cannabis sativa), including CBD and small traces of THC and terpenes, which are plant compounds.
Broadband CBD: This includes all components except THC.
CBD isolates: This is the purest form of CBD and contains only CBD.

Because full- and broad-spectrum products contain many ingredients, they appear to be more effective, Lee says.

How to choose a CBD product

If you’re considering taking CBD for any reason, it’s best to work with a licensed doctor or pharmacy to help you find the right product and dose. Regardless, if you follow these guidelines, you’ll increase your chances of success and reduce all risks:

While there is limited evidence that CBD can help with depression, the clinical research isn’t there yet. If you decide to try CBD for depression, do not discontinue any other medications you are taking and always talk to your doctor to determine the best course of action.

View all posts by Emmasa →

Grief Quotes: Wisdom that can help after a loss

We use cookies on our website to give you the most relevant experience by remembering your preferences and repeat visits. By clicking “Accept All”, you consent to the use of ALL the cookies. However, you may visit "Cookie Settings" to provide a controlled consent.
Cookie SettingsAccept All
Manage consent

This website uses cookies to improve your experience while you navigate through the website. Out of these, the cookies that are categorized as necessary are stored on your browser as they are essential for the working of basic functionalities of the website. We also use third-party cookies that help us analyze and understand how you use this website. These cookies will be stored in your browser only with your consent. You also have the option to opt-out of these cookies. But opting out of some of these cookies may affect your browsing experience.
Necessary Always Enabled
Necessary cookies are absolutely essential for the website to function properly. These cookies ensure basic functionalities and security features of the website, anonymously.
Functional
Functional cookies help to perform certain functionalities like sharing the content of the website on social media platforms, collect feedbacks, and other third-party features.
Performance
Performance cookies are used to understand and analyze the key performance indexes of the website which helps in delivering a better user experience for the visitors.
Analytics
Analytical cookies are used to understand how visitors interact with the website. These cookies help provide information on metrics the number of visitors, bounce rate, traffic source, etc.
Advertisement
Advertisement cookies are used to provide visitors with relevant ads and marketing campaigns. These cookies track visitors across websites and collect information to provide customized ads.
Others
Other uncategorized cookies are those that are being analyzed and have not been classified into a category as yet.
SAVE & ACCEPT